Venance Katarzyniec, a priest of the Order of Friars Minor Conventual, was born October 7, 1889 in the village of Obydów, which belonged to the parish of Kamionka Strumiłowa in the Archdiocese of Lvov. His parents were John and Agnes (nee Kozdrowicka), who were very poor villagers. At baptism he was given the name Joseph. 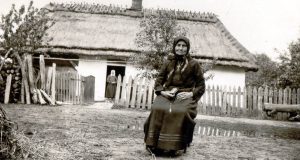 From his earliest years he ‘was for his parents – as his pastor testifies – a real consolation’, always obedient and hard-working, at the same time pious and modest. While pasturing the cows he sang religious hymns or prayed the Rosary, and he was an apostle among his peers a well. At least once a month he took part in Holy Communion. and often served for Mass. The boy’s favorite pastime was playing Mass, which he himself celebrated at their home altar.

At the age of seven, he began attending primary school. The first year he studied at the local school, and then for five years he went to Kamionka, two and a half miles away. He dreamed of offering himself to serve God, but due to his family being so poor he could not afford to go to the seminary, he was educated for a year in a high school in Radziechów, and for the next four years (1904-1908) attended teaching college in Lvov. He was able to pay for his living expenses and studies from a scholarship and tutoring. Thanks to his unique abilities and unparalleled diligence, he always received splendid references.

In 1907, he knocked on door of the Franciscan friary in Lvov and asked him to be accepted into the order. The superior put him to the test by instructing him to finish college first and to learn Latin, which he had not yet taken. After a year, Katarzyniec brought him the graduation certificate with honors, and for the Latin exam he was able to translate Caesar and Cicero. His parents tried to keep their son in the world, especially because they saw a great teaching career opening up before the talented young man, but he asserted, ‘I don’t need money, and I would be ruined in the world’ – and followed the calling of his vocation.

On August 28, 1908, he received a religious habit in Lvov with a new name, Venance, and began the year of novitiate, after which he professed religious vows. He loved the Franciscan Order with all his soul and sought to constantly pursue its ideals in life. During a retreat, he made this commitment, ‘I will guard myself from the slightest sin, even if I die.’ Purity shone on his face, he loved poverty and mortification, even making a vow of abstinence from vodka, and in practice did not drink any alcohol. In common life, he was extremely friendly and attentive. ‘The main attribute of Fr. Venance – attested one of his professors – is his faithful and consistent observance to all precepts of religious life.’ For example, he came to recreation together even when no one was in the recreation room. ‘I was convinced, the master of seminarians testified, that his holiness was authentic.’

He studied philosophy and theology at the Order’s seminary in Kraków. Venance excelled in studies, and yet you would in vain look for a shadow of pride in him. In exams or tutoring, which he willingly assisted his classmates, he could present the most difficult things clearly and understandably. When helping, he always directed it so that it looked like the student came to the understanding himself, and the assistance was mutually respectful. For several years he was the soul of the academic association, “Seraphic Zeal” as its secretary and then as president. He presented many papers, especially about the Immaculate Virgin. Many friars took part in the Confraternity of the Adoration of the Blessed Sacrament, and he himself was present each hour before the tabernacle. Conversations with him were enriching and broadened one’s horizons.

On June 2, 1914, Fr. Venance was ordained a priest. Notifying his parents six months earlier, he wrote: ‘May I receive it most worthily! Ask the Lord God for me, if I am to become a priest to, that I be a good and holy priest.’ Soon he was welcomed at his family village, when he came to celebrate his First Mass, which would soon illustrate his goodness. War broke out at this time, and during the approaching front he became an angel comforting his fellow citizens. In September of that year he began pastoral work in the Franciscan parish in Czyszki near Lvov. Although he only worked here a year, he won the highest recognition of parishioners and pastor. “I can safely say,” declared the latter, “that in my 40-year in religious life I have not met such an accomplished character as Fr. Venance… He is a priest after God’s Heart.” He turned out to be an excellent preacher, a good confessor and a great educator of children. He most willingly visited the sick, unconcerned about the infectious diseases that were prevalent at the time.

In August 1915, the superiors called him to Lvov, where he was entrusted with the responsible duty of the master of novices, and soon to the newly professed as well. He was still young, but was mature in holiness, and had much knowledge and mental acuity. The young religious touched their hearts with his kindness. He practiced it in correction, in poverty, humility and fraternal love, he demanded a lot from his formandi, but even more from himself. In his humility he went so far as to celebrate the vigil of St. Francis and on Holy Thursday to kiss the feet of his students. He always told them, “Follow our Constitutions! I don’t have anything better to offer you.” He avoided future dangers, built strong characters, unwittingly carried out religious reform from scratch. “He was a unique formator,” Vincent Lutosławski wrote about him afterwards.

He had great amount of work in the Order’s seminary, because at the novitiate he taught the candidates, supplementing their high school studies, and taught the seminarians philosophy and Greek, he also willingly accepted the responsibility of the prefect of the religious brothers, engaged in church work, often preaching sermons and spent long hours in the confessional, he also gave himself to ministry outside, teaching catechism to the novices of the Sisters of the Family of Mary and hearing confessions of the sick and infirmed at the Josephite Sisters’ convent on Kurkowa Street. One of these penitents, devoid of both legs, said, “He was able to soothe everything, bitterness and doubt! After confession he always left the soul before him in blissful peace: I felt that I had confessed to the saint.” He still found time to write articles for “The Church News”, and the editor, seeing how popular they were, cried out: “More! Even more!” He continued his studies, especially the Catechism of the Council of Trent, claiming that in them everything about the faith is to be found. He didn’t waste a moment.

A beautiful card during the life of Fr. Venance stands as a testimony of the friendship with a younger colleague, Fr. Maximilian Kolbe. They met as seminarians on vacation in Calvary Pacławska. “Something about him touched my heart at the time, and it seemed to me that we both shared the same aspirations and ambitions.” Thus, Fr. Katarzyniec wrote to Fr. Kolbe in 1919, stressing with ordinary humility that he did not measure up to his level of perfection, and again, Fr. Kolbe confessed that he was lucky to have known the holy soul when he was young. “Although it wasn’t given to me,” he wrote, “the longer I cooperate with her the more indelible is the mark left on me”. When he returned from Rome and began spreading the Militia of the Immaculate (M.I.), Father Venance stated, “With all my soul, I am in favor of this” and he and his clerics signed up for the Association. In 1920, Fr. Venance health failed and Fr. Maximilian, succeeded him with the responsibility of master. 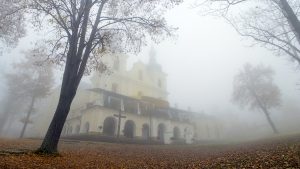 Illness matured the holiness of Fr. Katarzyniec. He recovered at Franciscan friaries: in Hanaczów and then in Calvary Pacławska, but as soon as he felt better, he sat down in a confessional to serve the willing penitents. “He celebrated Mass like a saint!” the people of Calvary recalled. Unfortunately, on December 28, 1920 he experienced a strong hemorrhage from tuberculosis, after which he asked his superior for permission to die, and once again, on the feast of Purification of the Blessed Virgin Mary, he ventured to serve in the confessional, the disease took its final grip on hm. He was completely accepting of God’s will “Throughout the duration of his illness – his superior testified – he was not once depressed or impatient,’ even though fever tormented him terribly and had comfort. He died on March 31,1921. All of Calvary attended the funeral of the priest, for who they had appreciation. Many prayed not so much for his soul as for his intercession before God. 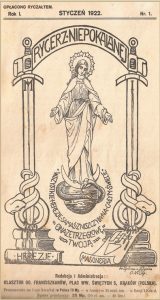 Before his death, Fr. Venance declared, “You see how sick I am and I can’t do anything anymore, but after my death I will do much for the Order.” He was referring mainly to publishing work, which was directed by Fr. Maximilian, urging him to move on quickly. It was decided to publish a monthly magazine entitled “Knight of the Immaculate” since January 1922, but there were no funds for it. Someone around Fr Kolbe said, “It would be a miracle for there to be a monthly magazine in January” The creator of the M. I. remembered Fr. Venance and the magazine was published within the scheduled time. The publisher took him as its permanent patron, and his care still felt, sometimes in a tangible way, especially when acquiring a printing presses and establishing the City of the Immaculate.

The notoriety of Father Venance’s holiness grew not only in the Franciscan Order, but also outside, which increased by numerous graces obtained through his intercession. Father Maximilian Kolbe called his deceased friend and benefactor a new Polish candidate for the altar and immediately after his death sought to write a biography and initiate the beatification process. He showed what the essence of his holiness is: “He did not perform extraordinary deeds, but he simply performed ordinary things in an extraordinary way.” And others testified, “He was an exemplary religious in every way,” “he possessed every virtue.” 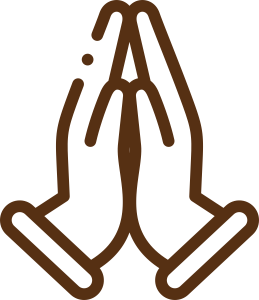 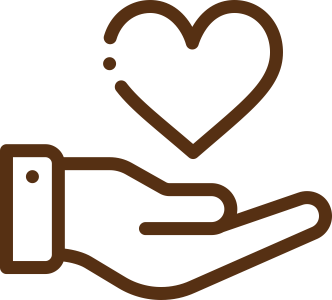